Another move on Mastodon

Earlier today, the little band of followers of my presence on the Fosstodon instance of Mastodon suddenly found themselves seeing my comments, boosts, and the like coming from a different location: mstdn.social. Here’s a brief post to explain why, but — spoiler alert — it’s not because I had any qualms about Fosstodon. The truth is quite the opposite.

Let me make clear above all else that Fosstodon is an outstanding instance and a great Mastodon home for English-speaking techies, especially those who are interested in the free open-source software (FOSS) from which it derives its name. I still highly recommend it.

So why did I leave it?

Well, at least as of this writing, I haven’t completely left it; my account there is in “redirect” mode, and all the posts/toots I made there over the last few months remain intact. However, putting it in that mode moved the account’s followers to the mstdn.social account which, through the kind help of mstdn.social admin @stux, I’d gotten reactivated months after I deleted it.

It wasn’t that there was anything wrong with Fosstodon. Rather, I decided, I wasn’t entirely right for it. I reached this conclusion after seeing, and briefly participating in, a thread which began last night with this from another Fosstodon user: 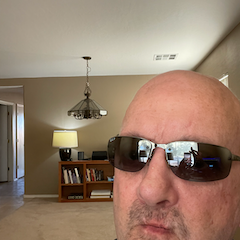 How many of you #Mastodon users have more than one account, addressing different audiences?

. . . but please read the entire thread so you’ll get the full picture.

Does any of this reflect an official Fosstodon position about what appears on its local timeline? No, at least not as far as I know — but the thread made me think very hard about the content to which I was subjecting other Fosstodon users. I mean, many if not most of them likely have little or no interest in seeing the non-tech content in certain posts/toots I either write or boost.

For example, I’ve seen a number of Fosstodon users pointedly expressing zero interest in sports, so it’s likely they’re annoyed by those sports-related items that other users, such as I was until today, write or boost; and that’s absolutely fair. The same probably goes for posts/toots relating to U.S. current events, particularly since many Fosstodon users live far from the United States.

In the end, I decided it would be better if I were on a less specifically targeted instance — so off to mstdn.social I went.

After all, I didn’t want to risk being (or continuing to be) one of Those Guys:

Note: Clicking the video constitutes your consent to view it via YouTube (including cookies). To view it on the YouTube site instead, please use this link.

Next: Static Mastodon toots in Hugo: the Tailwind CSS edition

Previous: Finding and fixing an SMTP oddity on my iDevices