Note: This is a follow-up to my three earlier posts about how to perform fully static embeds of tweets in a variety of static site generators (SSGs).

You may have heard, especially recently, about a social media platform called Mastodon.1 It’s very much like Twitter in how it looks and how one uses it, but very much unlike Twitter where centralization is concerned. All of Twitter exists under the aegis of one large corporate entity, while Mastodon has thousands of separate, community-owned instances.

Yet, these instances are federated so as to allow a surprising degree of interconnectivity among them. An often-used analogy is that of email. You and I may well have two totally different email providers, but we can email each other because both our providers adhere to the necessary standards. Similarly, an account on one Mastodon instance (usually) can follow and interact with an account on a different instance. The following video from 2018 explains it well:

Note: Clicking the video constitutes your consent to view it via YouTube (including cookies). To view it on the YouTube site instead, please use this link, which opens in a different browser window/tab.

A raising of pitchforks

As I write this, we’re several weeks into the whole soap opera about Elon Musk’s purchase of Twitter. One thing it accomplished — especially right after the proposed transition became public — was driving quite a few particularly vocal Twitter users toward Mastodon, even if only to give the latter a look-see.

In my case, it was Look-see Number Two.

Back in 2020, I had actually spent some time puttering around within a few Mastodon instances, until I decided there wasn’t that much there for boring old (emphasis on old) me. Fast-forward to late April of this year, when word of Musk’s move reached the headlines. Many Twitter users raised metaphorical pitchforks and opined that only a retreat to the Mastodon-o-sphere was an acceptable response.

While I didn’t (fully) share these users’ concerns, I figured I, too, would give Mastodon another try, just for curiosity’s sake. This time around, at least so far, I’ve found my instances-of-interest more compelling from a quality-of-content standpoint, and somewhat less quirky, than in 2020.2

So, having done those earlier posts about embedding static tweets, I decided I’d better come up with something similar about embedding Mastodon’s toots as purely static items, too. That seemed a wise course, especially in case Mastodon becomes a lot more mainstream in the not-so-distant future (regardless of ongoing Musk/Twitter developments).

You’ll note that this post concerns only code for Hugo, although my earlier posts about embedding static tweets covered Astro and Eleventy, too. What I gave you for Eleventy was based on use of Kyle Mitofsky’s eleventy-plugin-embed-tweet plugin, rather than my own code; and I’m unaware of there being a similar, Mastodon-related plugin for Eleventy. Besides, I simply don’t have the skills to code appropriately for Eleventy, which depends on the user to assemble some of the “plumbing” for such data-gathering. As for Astro, I’ve been having trouble developing in it lately, so I had to give a wave-off to that attempt.

All that said, you Astro and Eleventy users who are savvier than I (i.e., the vast majority of you) likely can dope it out from the Mastodon API. It’s fully open3 for GETting content.

To get a return from the API so you can look around and see how stuff works, do a curl command in the format of:
curl $InstanceTLD/api/v1/statuses/$TootID
. . . where $InstanceTLD refers to the instance’s top-level domain (TLD) and $TootID is the toot’s numerical ID. To find a toot’s ID, pull up the toot in a browser and click its timestamp to get its full URL; the final item in the URL will be the ID.

As an example, here’s a recent toot of mine from within the mastodon.technology instance:

Thanks in advance for following my site’s RSS and JSON feeds (your choice). That way, I don’t feel obligated to spam social media every time I post something. 🤐

The feeds are auto-discoverable on most readers at https://www.brycewray.com — or just check the links in the footer.

Now, since the URL for that toot was:

The resulting API return looks like this (it’s a toggle for viewing at your convenience, especially if you haven’t time to do your own coding to work with this data):

So, now that you know what we’re seeking (and its data structure, if you toggled that to the “open” display), let’s use Hugo’s getJSON function to fetch it.

I call this Hugo shortcode stoot.html because it displays static toots, just as I previously named stweet.html for static tweets. Call your version whatever you want, of course.

You’ll quickly see that I took advantage of the visual similarities between tweets and toots by recycling many of the CSS classes I used in styling stweet.html; I also created a few more while I was at it.4

Once this is in place in your project’s location for shortcodes, invoke it from within your Markdown like this:

So what can it do?

In my opinion, the Mastodon API makes it easier to GET certain things, as compared to the Twitter API, so it didn’t take a ton of effort to get the shortcode to work with images, videos, animations, and even polls. Here are some examples:

CloudPilot and Mu look promising, but only run m68k versions of #PalmOS, 4.1 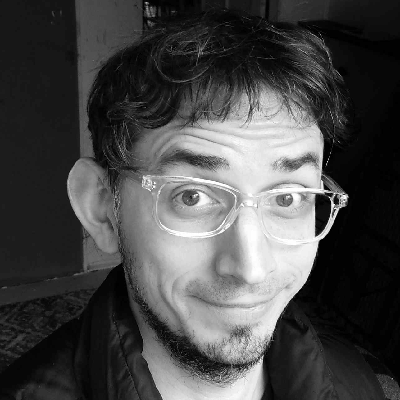 Around this time last year I was starting to disassemble this big chungus:

It was 216 computer-controlled lanterns of varying heights that appeared chaotically arranged, flickering and changing in seemingly random patterns.

Do gifs work on here? I can’t seem to view gifs in the web client on iPhone

Also: if you see the appearance of a regular toot embed, I think you’ll prefer these.

For those of you who are already Mastodon-savvy, you may have noticed that I didn’t delve into Mastodon’s “Content Warning” and “Sensitive Content” tags — mainly because I have no intention of embedding any toots here which would need such things. (If your site Goes There, well, just study the API return from toots of this nature and figure out how to add the appropriate loops and variables to the code. That’s how I did it, and I’m sure you can, too.) It seems to me that the “Content Warning” tag, in particular, is used excessively — sometimes, simply because (e.g.) a toot mentions the hated Twitter by name instead of calling it “Birdsite” (!), rather than because the toot contains material that truly may offend the sensitive. Still: if I’m missing something on this aspect, feel free to set me straight.

Update, 2022‑06‑04: Well, actually, someone did set me straight, albeit via Mastodon itself, and I found the argument sufficiently convincing that I made some changes to the shortcode. Again, I have no plan to embed toots with potentially troublesome content here; but, in case you might do so and you’ve decided to use this shortcode, I’ve now updated it for that use case. Now, any image, animated GIF, or video which is tagged as sensitive in the API — presumably because the original toot’s author gave it that designation — will appear initially with a blurring effect overlaid with a message, “Sensitive content flagged at origin.” If one then clicks/taps the obscured visual content, it pops into full view and covers the message. This behavior is consistent with what I’ve observed on Mastodon.

To wrap this up, I’ll note some aspects worth eyeing warily:

One wonders whether a more centralized platform might allow a better chance to solve these problems, but that obviously would be completely counter to the entire idea behind Mastodon. To paraphrase my earlier statement: these are (considered to be) features, not bugs; so, before you embed Mastodon content on your site, you’ll need to think about these items.